How Technology is Helping Flood Victims during Hurricane Florence

In 2018 we live in a technological age. When natural disasters strike, victims quickly realize how much they actually depend upon technology to function in modern day society. Here are five ways Technology is help victims and first responders deal with Hurricane Florence. 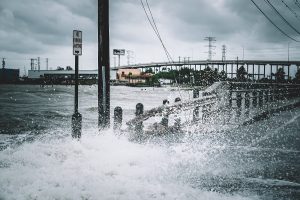 In most areas the power was out for days during and after Hurricane Florence. In some areas, cell phone service was intermitten at best. GPS technology and satelite phones allowed first responders and FEMA to communicate between the first responders on the ground and the mobile command centers set up in preparation for the storm.

Social Media as a method to Communicate

Social media is a form of technology that has been used as a way for Hurricane Victims to communicate with police and first responders; as well as friends family and neighbors during and after the storm.  Many people who had evacuated used social media to communicate with people still in the area to determine when it was safe to return to their property. Facebook has added the ability to mark yourself safe after a storm. This allows people in the path of the storm to notify many people of their safety without having to interact with each person individually.

Drones are Helping many Industries

Drones are helping many industries both during and after Hurricane Florence. During the storm, drones were used to video areas that were not accessible by humans. During rescue efforts, first responders used drones to determine who was missing and how they could safely get to those victims. In the days and weeks after the storm, the insurance industry will use drones to expedite the claims process. This should allow victims to get their lives back to normal faster than without the use of drone technology.

The use of text to donate programs is very common in today’s day and age, but this is a technology that was not very common only a decade ago. Having a text to donate option allows disaster recovery organizations like the Red Cross to collect funds faster and get the directly to the people who most need the funds.

In the immediate aftermath of a natural disaster, healthcare services are of vital importance. Technology is allowing more doctors to help from remote locations than ever before. Some people may need to see a doctor that has evacuated or is simply occupied helping emergency victims. For some people getting a prescription is all they need. Remote doctors appointments via video teleconferences allow doctors and hospitals in the disaster area to focus on emergency services while medical professionals from remote areas can help with less urgent medical care.

This entry was posted in Disaster Relief. Bookmark the permalink.