Florida Workers Compensation Rates 2019 will be going down!!!

Florida Workers Compensation Rates 2019 have been in a state of flux for multiple years. In 2019, the fluctuation is resulting in lower premium rates for workers compensation insurance. The amount it will decrease is by an average of 13.8% starting the first of the year. This was announced by the Florida Insurance Commissioner David Altmaier earlier in November.  This decrease is the third consecutive decline over the previous year and a half. Previous to these decreases, the rate had increased by 14.5% in 2016. 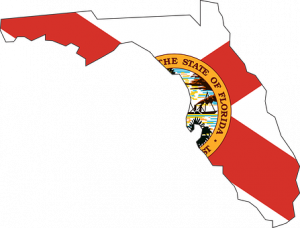 Why has the Florida Workers Comp System been in Flux?

The fluctuations in the Florida Workers Compensation System began in 2016 when there were two court decisions that were ruled upon by the state supreme court. Those two decisions were  Castellanos v. Next Door Company and Westphal v. City of St. Petersburg.

The first decision, Castellanos and Westphal, involved an injured employee who sued his employer Next Door Company after being hurt on the job. The decision in the case set precedent and overturned a previous court ruling.  The ruling set precedent that judges no longer have to stick to the mandatory fee schedule when offering damages in civil suits.  Judges can now award additional compensation for attorney’s fees. This impacted the workers compensation system because insurance carriers anticipated this ruling to cause them to pay out more in the future and resulted in additional premiums.

The case that involved Westphal v. City of St. Petersburg found  the 104-week statutory limitation on temporary total disability benefits to be unconstitutional.  After this decision the Florida Supreme Court reinstated a 260-week limitation.  This increased the amount of time an injured employees can collect partial salary benefits by 156 weeks.  These additional weeks of coverage caused the OIR to approve an average increase of 2.2 percent statewide.

In addition to the two court decisions in 2016, the Florida Workers Compensation System faced additional stresses in 2017. Those stresses stemmed from Guarantee Insurance Company (GIC), the former assigned risk provider, filing for Bankruptcy in November of 2017. GIC was the workers compensation provider for more then 1,000 businesses within the state of Florida. This left more then a thousand business owners scrambling to find new coverage with a new carrier.

After the stresses faced by the Florida Workers Compensation System in 2016 and 2017, the market improved in 2018. First and foremost, the state saw continued significant improvement in loss experience. This improvement is partly attributed to a decline in claim frequency from safer workplaces, enhanced efficiencies in the workplace, and am increase in the use of automation and innovative technologies.