Posted on November 9, 2018 by Mitchell Sharp

Business owners in the state of california are in for a pleasant surprising starting the first of January, 2019. This is because of new Workers Compensation Insurance Rates California. The rates will be down to an average of $1.63 per $100 in payroll.  This is down from $$3.04 per $100 in payroll when the state market peaked in 2015. Since 2015, the rate has dropped every six months for the past 5 years.  This will be an average savings of 23.5% compared to what businesses paid in 2018 for California Workers Comp Coverage. When implemented this premium rate will account for a 72% decrease from when rates peaked in 2015.

Now the pure premium rate is only a recommendation. In the state of California, the legislature has not given the commissioner full rate authority over workers’ compensation rates. Many insurance carriers still offer rates up to 20% higher than the recommended premium.  Not all businesses will be impacted similarly depending upon the industry the business operates in and the loss runs of each individual business.

The decreases in costs in California’s workers’ compensation insurance market is based on insurers’ cost data through June 30th of this year. Many within the industry credit state bill 863 and 1160 and assembly bill 1244. These bills have contributed to favorable medical loss development because of an acceleration in claim settlement.  According to Dave Bellusci, chief actuary with the Workers’ Compensation Insurance Rating Bureau (WCRIB), ‘Fraud investigations, as well as relatively low inflation rates for medical and pharmaceutical costs, are part of the reason insurance rates are lowering’.

Also, the way California has reacted to the prescription drug epidemic has significantly decreased the amount the workers compensation system has paid out for prescription opioids. The amount paid out for opioids prescription drugs was $15,687 per 100 claims in 2013 and has dropped to $3,204 per 100 claims in 2018 according to the WCRIB. Many people within the insurance industry in California are crediting the CURES Program (Controlled Substance Utilization Review and Evaluation System) for helping control this cost.  Under this program the state has set much stricter regulations for health care providers who prescribe opioids. 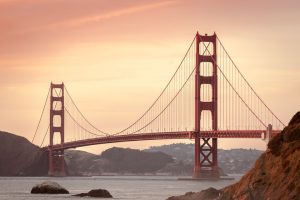