What is the W.A.L.S.H. Test and why does it matter?

The W.A.L.S.H. Test is an acronym used in the insurance industry to determine jurisdiction between states for a Workers Compensation Claim when more than one state is involved in the incident. This is necessary most frequently when businesses have employees who operate in multiple states. The W.A.L.S.H. Test applies whenever an injury occurs to an employee in a state away from a company’s headquarters, and it is a way for the courts to determine how workers’ compensation coverage will apply.

The W.A.L.S.H. Test acronym stands for:

The importance of each part of the jurisdiction depends on the position of the term in the acronym W.A.L.S.H. Worked carries the more relevance than Accident.  Hired has the least importance when considering jurisdiction. The higher on the list the higher the relevance in relation to jurisdiction. 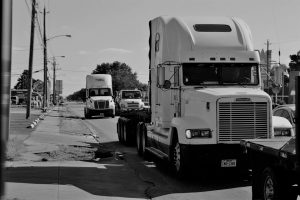 This comes in to play when a city, like St. Louis MO for example, has businesses frequently operating in more than one state. More complicated instances occur with trucking companies or in the airline industry where employees may operate in many states. One hypothetical example might be where a truck driver lives in Illinois. The truck driver gets hired by ABC Logistics Company just across the border in Missouri. XYZ Trucking Company is headquartered in Colorado, which is where the truck driver is salaried. The truck driver gets in to a wreck in Delaware.

Salaried and Hired mean the least to jurisdiction because they have the least to do with the accident itself. The fact that a truck driver is Salaried in Colorado and was Hired in Missouri does not have much to do with a car Accident that results in a workers’ compensation claim in Delaware.

Where the employee Worked and where the Accident took place have the highest relevance because this is the most relevant to the accident that occurred and the business that is involved in the liability of the injured employee.

The one situation where the W.A.L.S.H. does not take effect is in monopolistic states. These states are North Dakota, Ohio, Washington and Wyoming. These monopolistic states require an employer to obtain work comp insurance from a compulsory state fund or qualify as a self-insurer.  This is a prime example of why it is very important to let your agent know everything your employees do, especially where they are operating. This information can allow your agent to provide the correct coverage to protect your business when an occurrence takes place in one of these monopolistic states.

The W.A.L.S.H. Test is a tool judges use to determine jurisdiction in Workers’ Compensation Claims.  It is relevant to businesses who operate in multiple states. Everything related to your business and your employees can be the difference between your company being liable for a Workers Compensation Claim — and more importantly to determine if your policy will cover the claim. Taking some additional time to talk long and honestly with your agent about where and how you do business.  It is equally important to make sure your business has a state listed in section 3A of your workers compensation policy, if you have an employee that has the potential to be injured in another state.

This entry was posted in W.A.L.S.H. Test and tagged workers compensation. Bookmark the permalink.